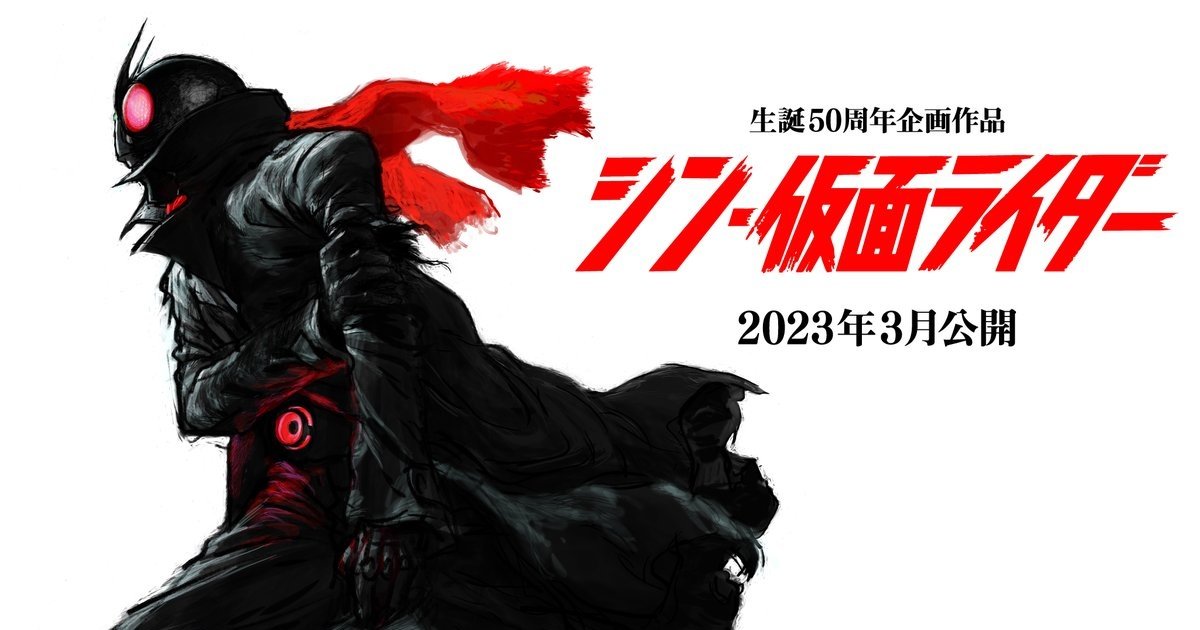 Scheduled to open in March 2023, the film will be directed and scripted by Anno. Details regarding the movie’s storyline are yet to be released.

Celebrating its 50th anniversary this year, Kamen Rider began as a tokusatsu TV series. The original story follows Takeshi Hongo, a student who manages to escape brainwashing by an evil villain named Shocker, becoming a grasshopper-themed cyborg in the process. Thereafter, he dedicates himself to fighting Shocker’s terrorist agents as a Kamen Rider.

Shin Kamen Rider will open in Japan in March 2023.