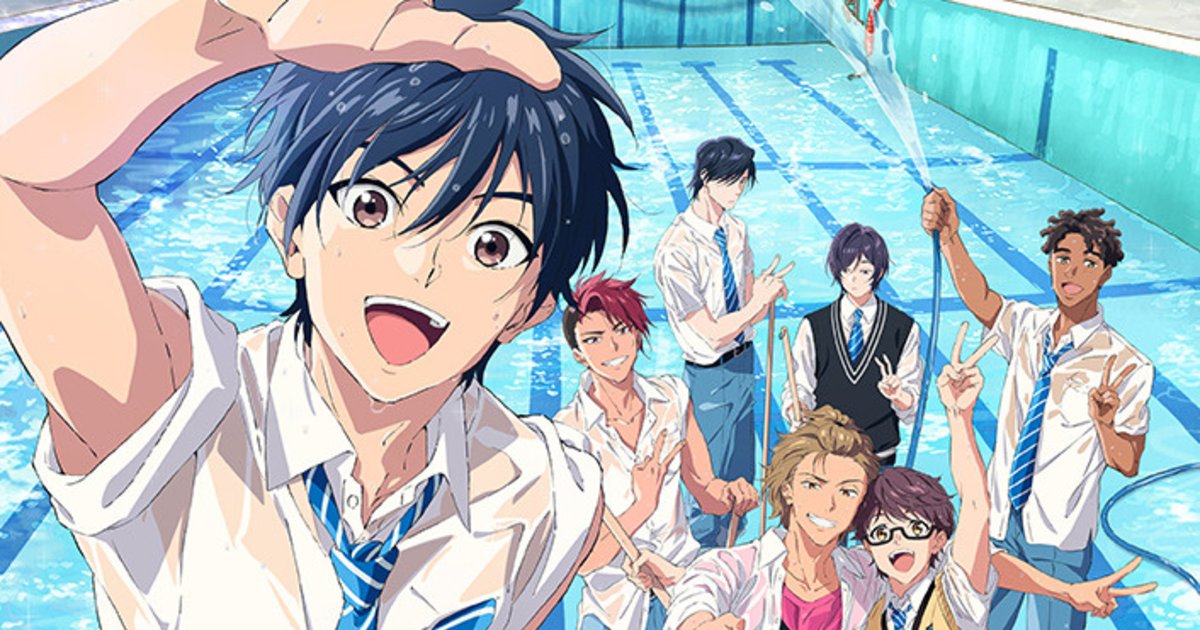 Upcoming water polo-themed anime Re-Main has revealed additional cast information and a key visual along with its July 3 premiere date!

Yuma Uchida, Taku Yashiro, and Shun Miyazato are joining the cast for the roles of Riku Momosaki, Keita Kakihana, and Koki Toguchi respectively. All three characters are former middle school teammates of Minato, the series protagonist.

Created by Tiger & Bunny’s Masafumi Nishida and animated by MAPPA, Re-Main is an original anime series following a boy named Minato Kiyomizu, who gave up water polo following a traumatic incident in middle school. However, he ventures back to the sport after making new friends at high school.