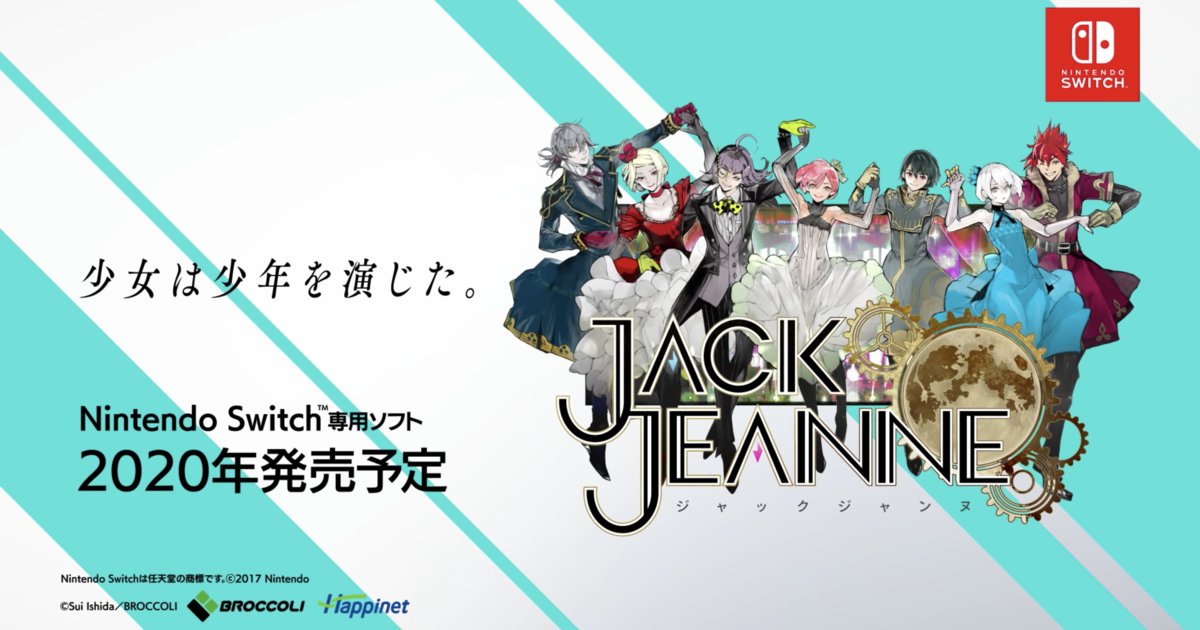 Tokyo Ghoul author Ishida Sui has revealed that his latest project, Jack Jeanne, will be a new game for the Nintendo Switch set for release in 2020!

A collaboration with media company Broccoli, it will be a “shounen musical simulation” game set in an elite all-boys drama school – which the female protagonist, Tachibana Kisa, is given permission to attend.

Not only has a short trailer been released, but Jack Jeanne‘s official website has also been updated with more information on its story and characters.

In addition to character design, Ishida has also created the in-game universe and illustrations and written lyrics for the game’s insert songs. Towada Shin, who penned the Tokyo Ghoul novelization, is also involved with the game’s scenario while Kosemura Akira is handling the music, Lownine the concept art, and Seishiro the in-game choreography.

Other than the game, there are hopes to expand the franchise to other media including anime, apps, and CDs.

Jack Jeanne is scheduled for release on Nintendo Switch in 2020.